A country swing to dance 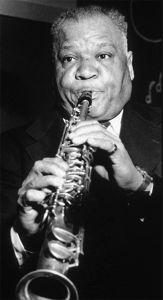 My first memory of swing music is a cd of Sidney Bechet that my mother had. There was a version of Summertime that always moved me. Even if I didn’t know that I would play swing music in the future, I knew that music was special. The rhythm makes you dance or clap almost instantly, there is something magical about it.

What is swing music? First of all, it is an American popular music from the 1930s and 1940s. It is based on improvisation around one specific melody. The emphasis is on the off beat. It means that on a 4 beat measure, the 2 and 4 are on the front line. Some of the greatest swing players were: Louis Armstrong, Benny Goodman, Duke Ellington, Louis Jordan… You can find out more about this music genre in the website of the Encyclopedia Brittannica that offer good insights about the different styles of music.

Country, Blues and Swing forms and structures are very similar. What makes them different is the way they are played, their arrangements and which instruments are used. A country blues song can be turned into a swing very easily. This is what happened to our song ‘Mon Blues’. It became a swing song when we added the trumpet.

Our swing: a song about travel and adventure

In 2016, I traveled all around Switzerland with my dear friend Deniz, a tuba player. We played all around the country, jumping from one train to another, hitchhiking and discovering very beautiful landscapes. That travel inspired me the song ‘Mon Blues’ and ‘Hobo Blues’.

Before that time, I never played my songs with a horn player which took my music to a new direction: Swing. We were practicing my new song ‘Mon Blues’ and we thought: ‘Let’s swing that music!’. We started to play it faster to get a different feeling and eventually make people dance! It’s a good way to attract people’s attention on the street. I’m talking about this nice feeling in the article street music in Berlin.

Here is a photo taken at the end of our Swiss tour!

Look at our swing dance video!

In Istanbul I met the photographer Selin Ozdemir. She made our official photos and our video clip ‘My Bucket’s Got a Hole In It. She got the idea to invite us for a  swing dance music party with the association Swing Istanbul. It was our first experience doing that; dancers all around were swinging hard on our tunes! It was such a good time. Selin made the video clip for ‘Mon Blues’ during that evening.

That experience took us from our country blues sound to the swing dance feeling which was quite exciting. Afterwards, my new compositions were more swingy oriented, you can hear it with the song ‘Le Métro de Berlin’ from the new released album ‘Uncle Joe’.